Building trust among media and scientists in Central- and Eastern Europe 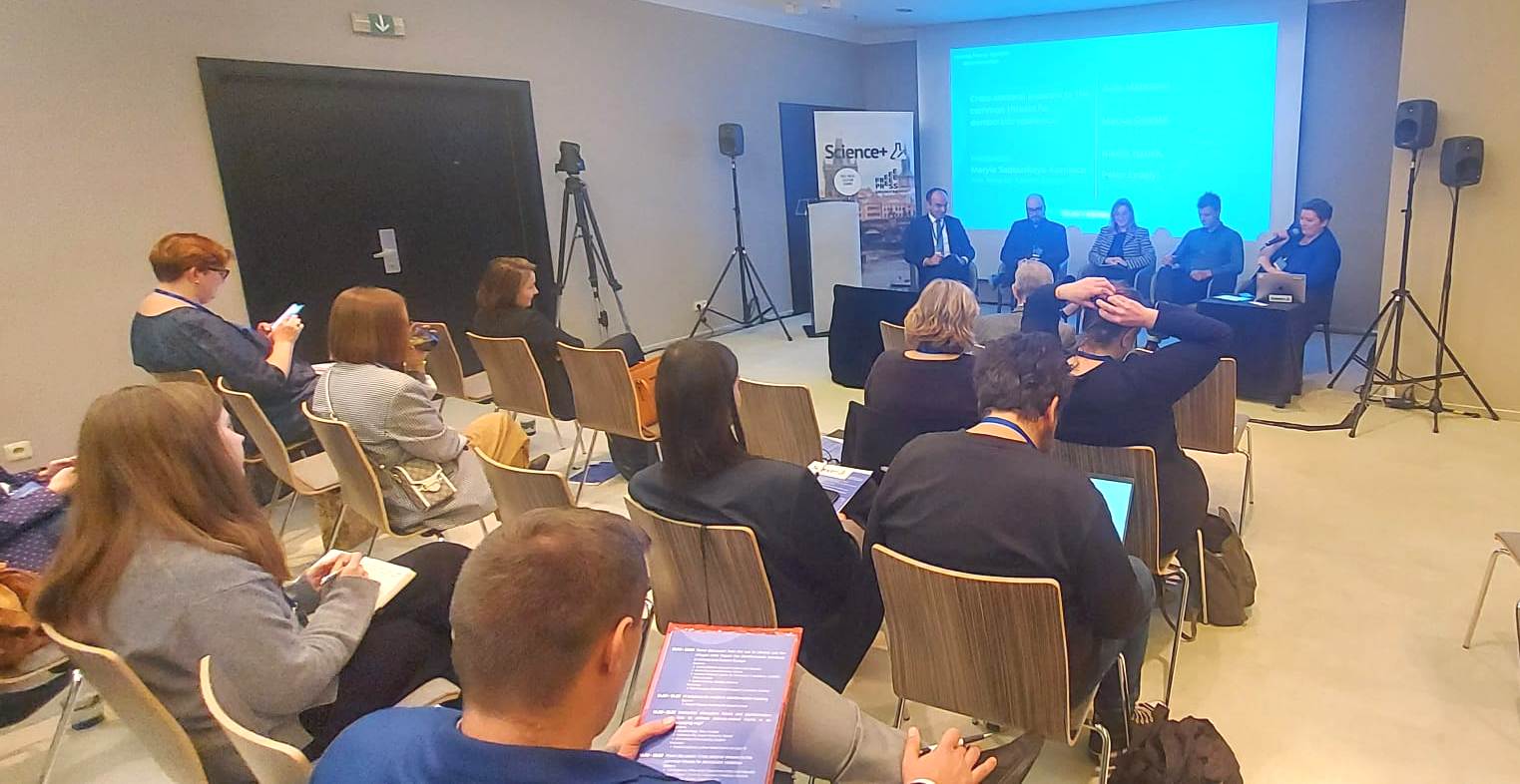 On 15 November 2022, our project SCIENCE+ marked its one year anniversary by organizing the conference ‘Joining Forces Against Misinformation’ in Prague. The regional conference brought together journalists, academics, fact-checkers, the representatives of national governments and civil society from across the Central and Eastern European Region to tackle the challenges related to reporting on science and challenging the false narratives around it.

The SCIENCE+ project is run by Free Press for Eastern Europe in collaboration with Free Press Unlimited. SCIENCE+ operates in Bulgaria, Czechia, Hungary, Latvia, Moldova, Poland, Romania, and Slovakia. The past year was a serious test for media outlets and fact-checking initiatives in the region, facing the consequences of the COVID-19 pandemic, and the increasing challenges related to Russia’s invasion of Ukraine. Covering these two major factors required expertise from the fields of medicine, statistics, history, economy and beyond.

As misinformation was also spreading through social media and populist political speeches, the key factor for success was collaboration with trusted experts. The conference gathered journalists, academics, fact-checkers and officials from more than 40 organisations and institutions who jointly looked for ways to improve their communication with each other and, as a result, service to the audiences in the region.

Edyta Iwaniuk, SCIENCE+ Local Coordinator for Poland: “It was truly inspiring for the Polish participants to meet the scientists and disinfo experts from their own countries and from the Central European region. Over the past year we have started building solid regional alliances but this conference was a welcome face to face network opportunity. Without SCIENCE+ we would have never met. We learned that Hungary launched its first factchecking organisation only a couple of months ago, and they already have major impact on their readers, among them also Bulgarian citizens, who are very much influenced by disinfo narratives. It was also an eye-opener for me to learn that the Czech governmental anti-disinformation forces are unique in Europe. The Czech government serves as a good example of how to create and implement anti-disinfo policy in cooperation with NGO’s for the good of the Czech society.”

“In terms of fake news and disinformation debunking, it was extremely useful to get the confirmation from colleagues that the same campaigns are tailored for different countries. This gave me a better grip on the phenomenon,” according to Catalin Gombos from media outlet Veridica in Romania.

Ionuț Jifcu from another media outlet in Romania, Reporter 24 adds: “These events are important because we meet people from our region who are facing similar situations. We exchanged practices and solutions on how to provide our audiences with alternatives to disinformation but we also rediscovered a sense of belonging. With the pandemic, newsrooms have become just concepts and journalists have isolated themselves from each other by working remotely. Such events create the premise of a big newsroom.”

The worldwide crisis of media business models is making its impact on the SCIENCE+ region, too. Both small and larger newsrooms lack sufficient numbers of science editors and science-based journalism. This affects the society because medical and war reporting often lacks scientific evidence or input from recognized experts and scientists. With this project FPEE/FPU tries to facilitate cross sector and cross border collaboration to promote science-based journalism.

Czechia & Slovakia Local Coordinator Jaroslav Valuch on the impact of the project in these countries: “In spite of the strong need, neither country had a similar initiative as this project. It sparked new partnerships and collaborations, and introduced a collaborative concept that brought different groups together under one label. The newsletter, one of the project outputs, has been highly regarded by partners, and after one year of piloting, the community is certainly ready to move on to the next level of collaborations, trainings, and content creation.”

A case from Romania

SCIENCE+ Local coordinator for Romania, Marius Daea, agrees with Jifcu and concludes that the SCIENCE+ project, and in particular the conference, managed to bring together experts, scientists, information institutions and journalists, to work together on innovative ways to combat disinformation. About Romania’s participation Daea says: “It is important that Romania is part of such projects because after 30 years of democracy, it has not yet managed to stabilize its institutions, and in these times of crisis (pandemic or war), they demonstrated to be outdated and did not respond appropriately.”

This is why we need to see examples of how other critical, small media outlets in neighboring countries are dealing with disinformation and use examples to enhance our media’s resilience to disinformation on timely topics. “SCIENCE+ arrived in Romania at a critical moment for the media in this country, the mass media sector in Romania is at a crossroad”, says Daea. “The increasing political pressures coming from the invasion of Ukraine by Russia combined with the dependence on public money have largely determined that the editors in Romania resort to self-censorship, a serious phenomenon that has a direct negative impact on democratic processes within our country.”

Watch the recording of the open part of the event:

Originally focused on medical reporting, the initiative has grown to encompass the latest challenges brought by Russia’s invasion of Ukraine, specifically the migration to neighbouring countries.